Time：2020-10-25 20:33:04 Hits： 1192
Screw torque control method of M12 waterproof circular connector: the thread connection and its influencing factors are analyzed. Combined with the production practice, when the output torque of the four axle front and rear axle U-bolt tightening machine reaches the target value (the torque value is displayed on the main monitoring operation display screen), the torque of the nut can not meet the requirements of the process specification The difference between the dynamic torque and the static torque is tested and analyzed. The torque control value is obtained by statistical method. The concept of dynamic torque and static torque is introduced in the torque control process to establish the torque control method, which is applied to the product quality control process. 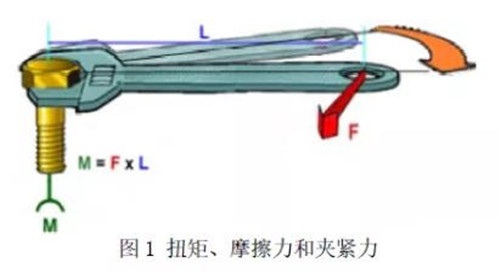 Threaded connection connects two parts by bolt axial pre tightening force, which is a common connection mode in mechanical products. Bolt axial pre tightening force has a direct impact on connection strength, thread pair anti loosening and sealing between connected parts. Stable and appropriate axial preload is the premise of reliable connection. In practical work, it is not convenient to directly measure the bolt axial clamping force, so it is generally necessary to control the bolt torque to obtain the appropriate axial clamping force.


During the assembly process of the front and rear axle and leaf spring of the engineering vehicle, the pre tightening of the riding bolt and nut is carried out, Under the condition of confirming that the connecting parts, thread pairs and operation methods are in a stable state, the electric tightening machine is used to tighten the nut to be measured, and then the torque value is detected by the digital display torque wrench. It is found that the torque value is inconsistent and can not meet the requirements of the process specification (as shown in Table 1). This paper analyzes the problem and puts forward the method to solve the problem.


1. The influence of friction


Through calculation: the change of friction force will lead to 40% change of clamping force in the connector. From the analysis of torque control method, the axial pre tightening force F of bolt is directly proportional to the tightening torque T applied during tightening. Expressed by T = KF, K is the torque coefficient, and its value is mainly determined by the friction resistance between contact surfaces and between thread teeth. In general, the K value is about 0.2-0.4, and sometimes it is between 0.1 and 0.5. Therefore, the change of friction resistance has great influence on the torque. That is to say, when two connectors with different friction resistance are tightened with the same set torque value, the bolt torque obtained is greatly different, which can be up to twice. With different nut States, the friction force is different, and the torque changes accordingly.

a: The static check intermediate value so and static tolerance B are calculated, and the static torque value is determined according to the requirements of tolerance change ≤ 35% and median change ≤ 15% in the general global static torque specification release and update process (NOA No. ggas-345).


2. Draw up the comparison table of dynamic torque and static torque for the control range and inspection of actual production, as shown in Table 3.