Charge is the inherent property of matter. Usually, the number of positive and negative charges in an object is equal. Once an object loses or gains some electrons, it will show negative or positive charges. A regular motion of the charge produces an electric current.

1. DC: If in a circuit, the charge flows in a constant direction, this is "DC". In daily life, the current provided by the "battery" is the direct current. Batteries have polarity, which can be divided into 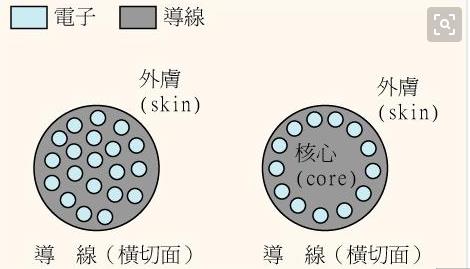 2. AC: When the current in the circuit changes periodically with the direction and intensity, it is called "AC". Electric energy produced by modern power plants is alternating current, so are household and industrial power.

Difference between DC and AC

One way to alleviate the skin effect is to use the so-called Leeds line (from German: Litzendraht, meaning "woven thread"). The Leeds line uses the method of winding multiple metal wires to make the electromagnetic field more evenly distributed, so that the current distribution on each wire will be more evenly distributed. With Leeds line, the frequency of significant skin effect can be increased from thousands of hertz to several megahertz. Leeds line is generally used in high frequency AC transmission, which can alleviate skin effect and proximity effect at the same time.

Next：  How to use Product iQ to query UL certificates?